It’s Reading and Leeds Festival week again and as ever we’ll have the ‘Film Oxford Cinema tents’ keeping you entertained into the night with top features and some special shorts. Join us after dark in the BBC1 Xtra tent in Leeds and the Pit/Lock Up in Reading 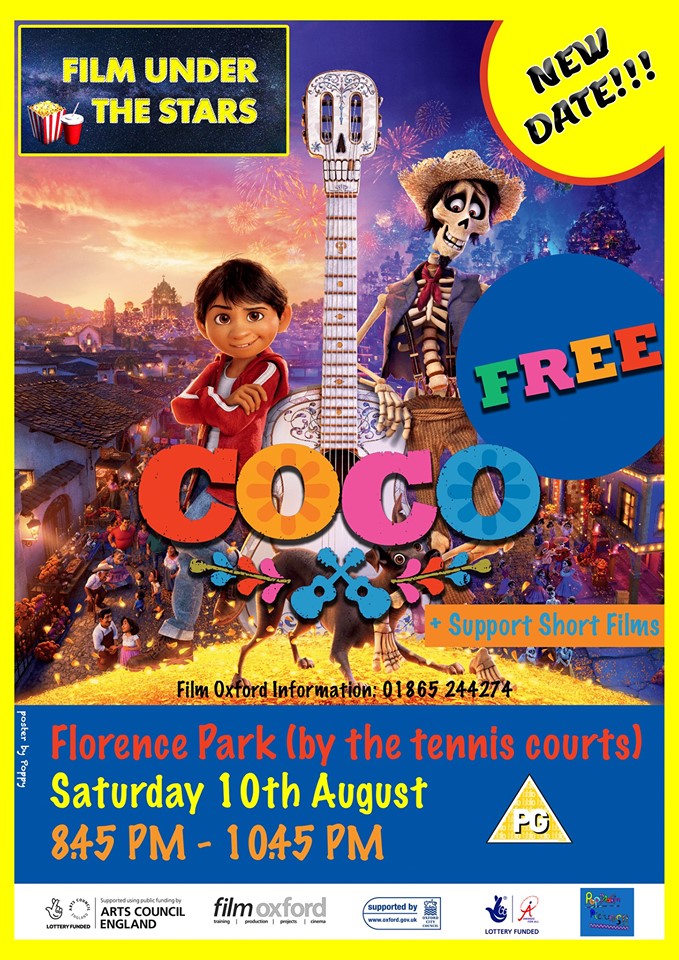 Apologies – due to the weather we have had to cancel tonight’s screening outdoors of ‘Coco’ in Florence Park!! Saturday10th August.

Have you taken a Film Oxford course any time in the last 18 months? We’d love your feedback!   Please take a few minutes to complete our short survey. All the data you provide is anonymous unless you choose to leave your name and contact details.   The results of the survey will help us […]

Every summer Film Oxford run FREE outdoor screening events ‘Under the Stars’ in some of Oxford’s most beautiful parks. This is an opportunity for local communities to come together and enjoy a current popular feature supported by short films made by local filmmakers. Over the last 15 years these have been funded by local grants […]

Open Screen at Film Oxford, 54 Catherine St, OX4 3AH 7.30-9.30pm,  Come along to screen your short films (including work in progress), show off your latest film kit, network, and see how films can create change.  Scriptwriters can pitch their idea to the group for feedback and if they wish, ask if there is a crew […]

Festival sucess for the Shadowlight Artists