The Shadowlight Artists are an award winning independent group of artists with learning disabilities based in Oxfordshire. Film Oxford supports their professional practice through mentoring, group work, skills development and exhibition opportunities.

If you would like to make a donation to the group see our local giving page. 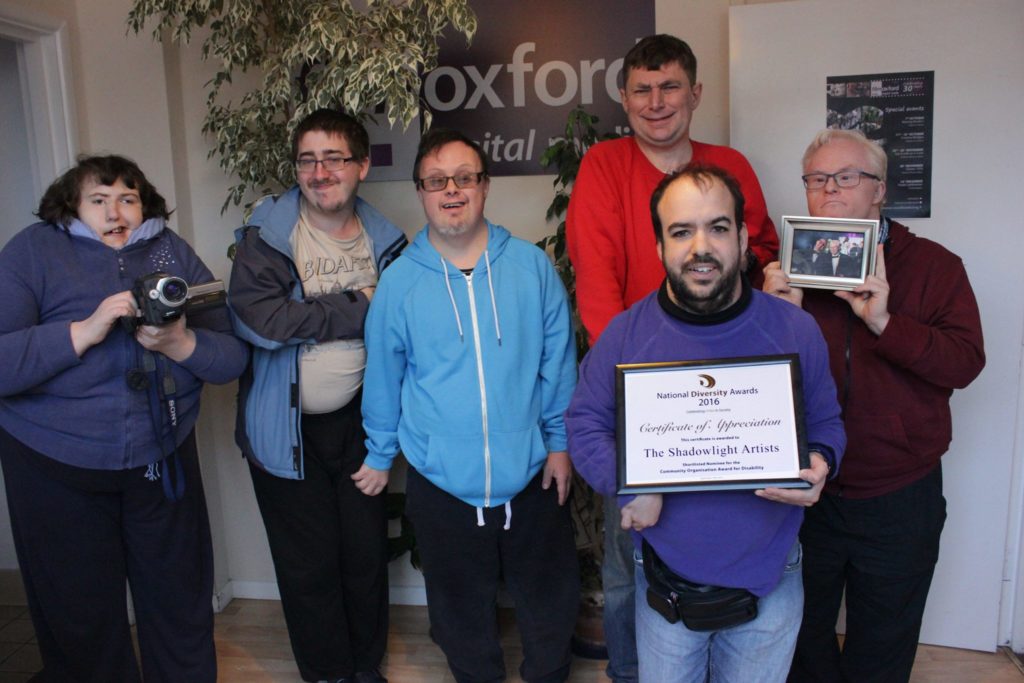 Richard Hunt won The Shape Open 2017 – ‘Power: The Politics of Disability’ in London in February 2017, for his painting Totempole which he created as part of Creative Bridges project. Shape Patron Artists Yinka Shonibare MBE was one of the judges, and Richard won a cash prize.

Richard Hunt’s film “Amazing Art” and the group production “Landscapes” have been selected to be screened at Oska Bright festival in Brighton in November 2017. Danny Smiths film “Light from my Crystal” was screened Liberty Festival London in Queen Elizabeth Olympic Park on 15th July 2017. Another of Danny’s films was screened at Sprout in in Minnesota, USA in October.

Shadowlight Artists won the 2016 Haelo Award at the Haelo Film Festival in Manchester in November 2016.

The group had 5 films showing at the Together! Disability Film Festival 2016 in December 2016

The Shadowlight Artists were Shortlisted for the National Diversity Awards for best Disability Organisation (out of over 20,000 nominations). The event was held at the Anglican Cathedral in Liverpool on 16th September 2016. Danny Smith and Richard Hunt went along to the ceremony to represent the group. 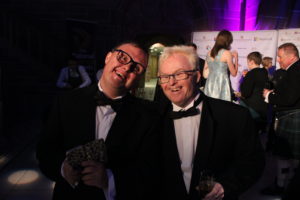 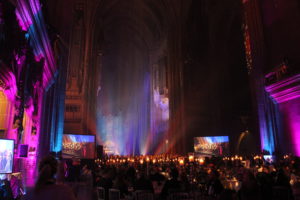 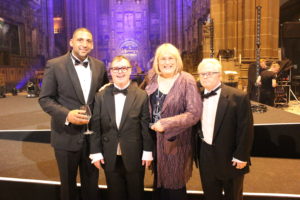 Richard Hunt and Danny Smith at 2016 National Diversity Awards, more on the awards can be found here

Over the last few years there has been plenty of creative success for The Shadowlight Artists, their work have been shown at Galleries (including Modern Art Oxford), at large public events, on the internet, on National TV, at Local, National and International Film Festivals and at National Film Theatre and Southbank Centre in London.

The group have recently completed an Arts Council Of England funded project called “Creative Bridges”. The group made 7 new films and other creative work, such as paintings, drawings and installation, which they exhibited in 2016 and 2017.

Russell Highsmith’s play “The Big Shock” was performed and filmed before an audience of almost 200 at Cornerstone Theatre, Didcot in February 2016, the first play written by a writer with a learning disability and performed at a mainstream theatre.

You can download for free an 64 page e-book PDF version of the groups published “Creative Bridges” booklet, which as details on the history of the group, details on each artists and their work for the project, plus an article by Jon Pratty on “The Creative Case for Mainstreaming”. Download free here.

The group exhibited the full Creative Bridges at Cornerstone Galley 12th July to 14th August 2016 and at Modern Art Oxford in October 2016. Up-to-date photos, videos and more info can be found on their facebook page. They also exhibited their films at ROAR – Oxford’s Disability Youth Arts Festival, in October 2016, and ran special art workshops for 100+ people with learning disabilities (see results of gif workshop).

The new work includes a group production called “Dreamsville” which premiered at Modern Art Oxford on 4th December 2015. Dreamsville has also been screened at Together! Disability Film Festival 2015 in December 2015, OVADA Gallery and at the Paralympic Festival in Queen Elizabeth Park, London in September 2016. 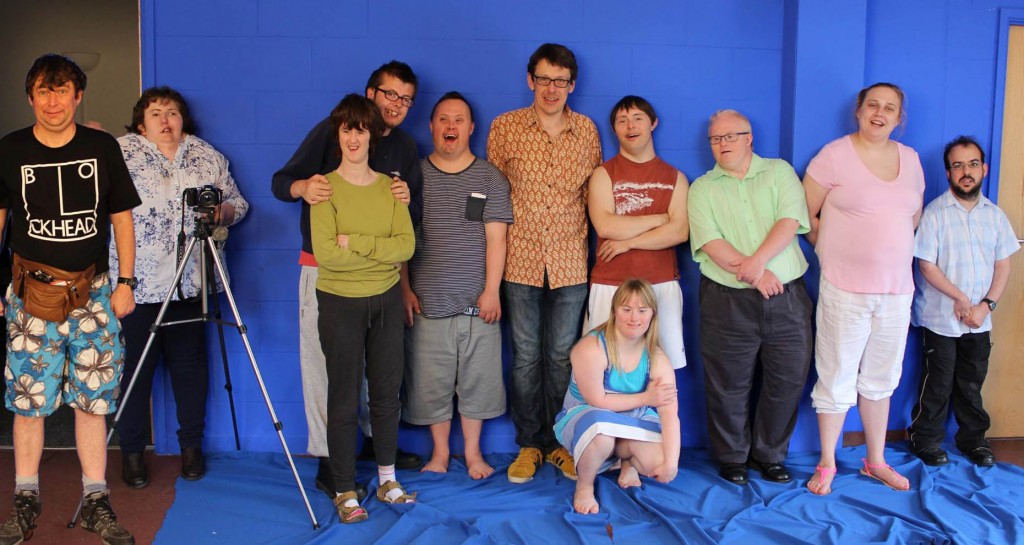 An Introduction to the Shadowlight Artists

The group have also had their film “The Cave” exhibited at the London Disability Film Festival, and at Pegasus Theatre, Phoenix Cinema and OVADA Visual Arts Gallery in Oxford. Earlier in 2015 the group have also been involved in a creative exchange with artists from Magdalen Road Studios.

Richard Hunt has a painting being exhibited at Compton Verney gallery in Warwickshire, along with some of his video work. Richards work was chosen out of over 300 entries as part of Outside-In.

Danny Smith has had his film “A Time for a Change” chosen for the prestigious Sprout Film festival in New York, which takes the cream of the worlds best films made by filmmakers with Learning disabilities.

Find the groups videos from Creative Bridges in player below. There are many more films on Shadowlight Artists Youtube Channel 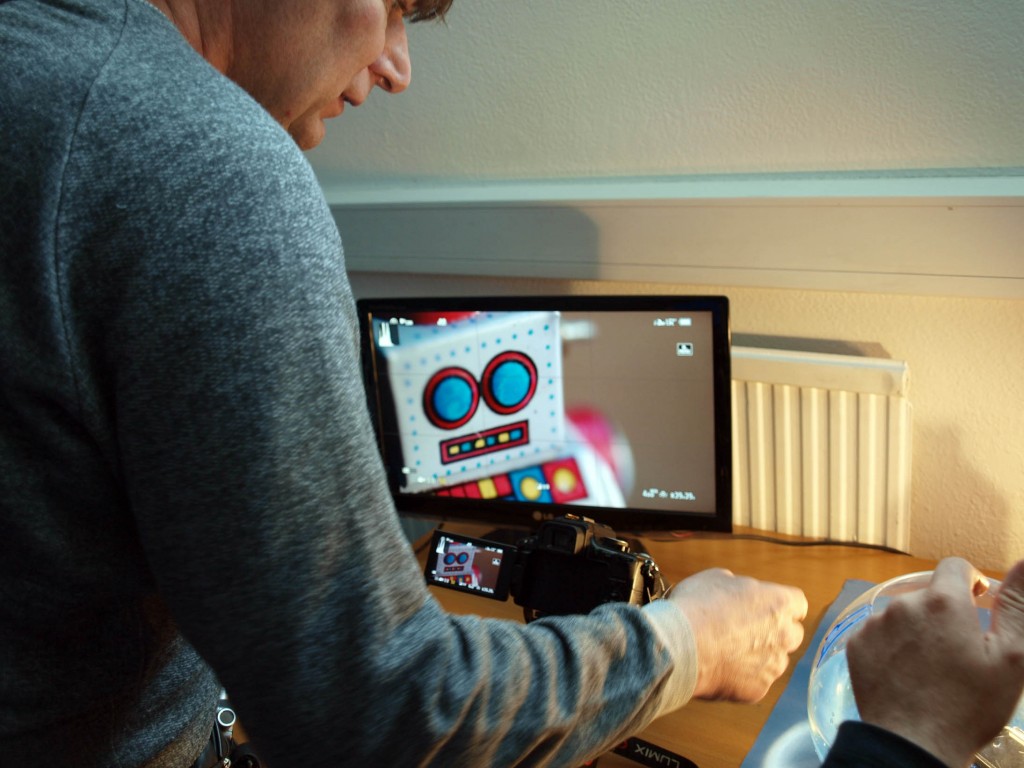 Shadowlight Artists in the news 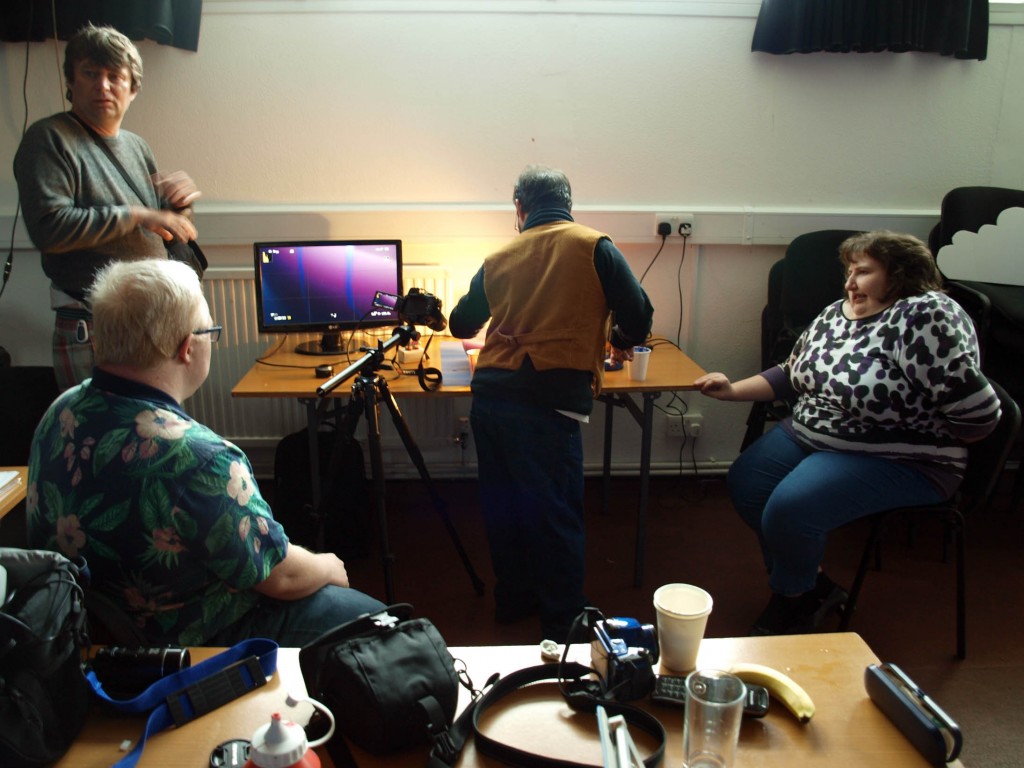 Some of the group were recently interviewed for local TV