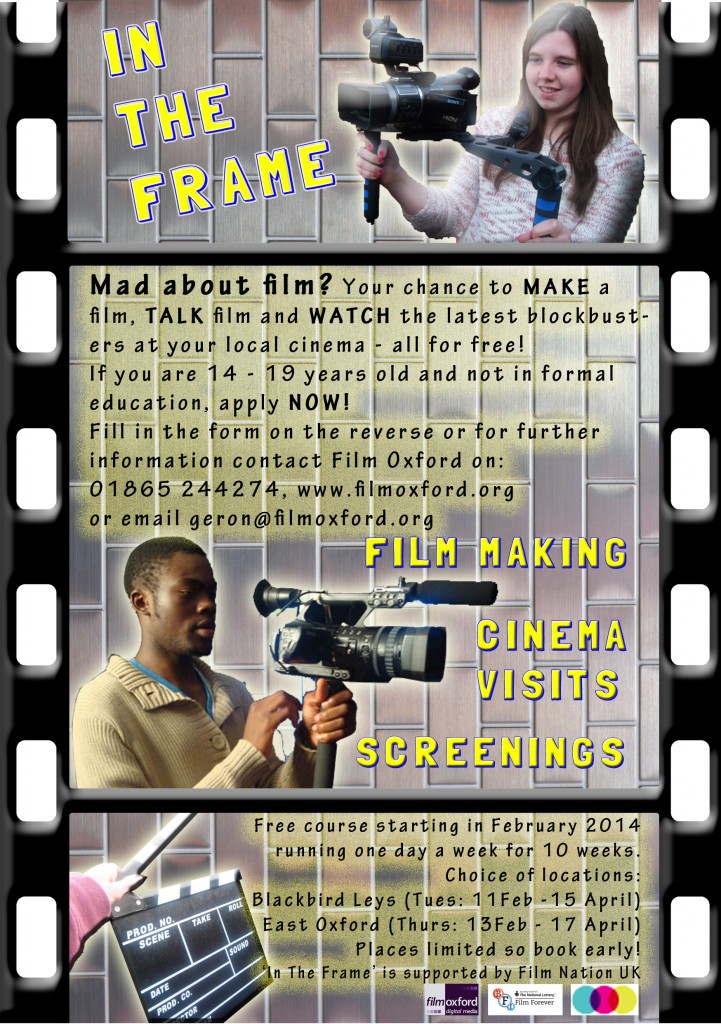 Are you 14 – 19,  ‘Mad about Film’ and not in formal education? If so Film Oxford (in partnership with Film Nation UK and the BFI) is offering the chance to be part of the pioneering new ‘In the Frame’ programme offering you the opportunity to:

– be inspired by British and World cinema.

– watch some of the latest blockbuster films at the VUE, Odeon and independent cinemas

and all for free!

Starting February 2014 and running for one day a week for 10 weeks.

Spaces still available on Tuesdays at the CDI!

For further information contact Film Oxford on: 01865 244274, or email  geron@filmoxford.org

‘In The Frame’ is a programme supported by Film Nation UK and the BFI and aims to engage young people who are not in formal education in creative learning activity that improves their communication and teamwork skills through watching, making and understanding film.