Directing Drama for Film & TV covers the principles of screen directing & teaches students how to apply them in practice, run by award-winning director

Directing Drama for Film & TV covers the principles of directing drama for the screen and shows students how to apply them in practice. It is run by filmmaker Simon Hook, who made several award-winning shorts before directing broadcast television drama for the BBC and Channel 4. He demonstrates the principles of directing drama by analysing film and television clips and following them up with practical exercises with the camera.

Directing Drama for Film & TV is a weekend course for students wishing to learn or develop their directing skills. Experience of working on short films and/or completing training courses such as short courses at Film Oxford is desirable. Learners must be 18+. 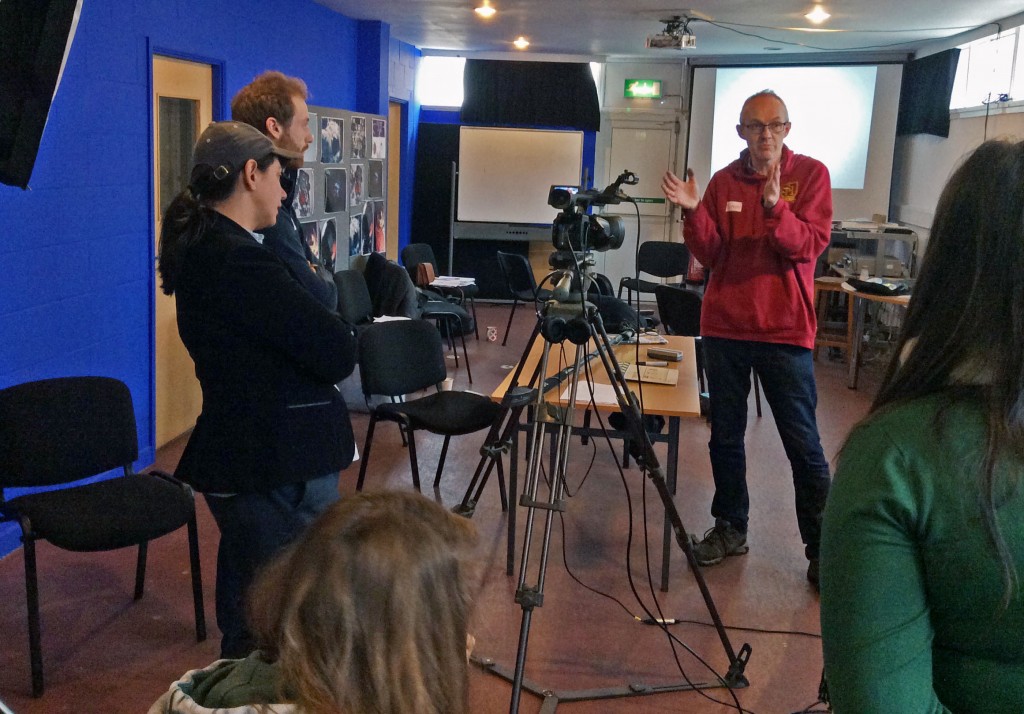 Course Aims
To give course participants the confidence and skills to make their own dramas to a much higher standard. The script exercise will “change the way you look at every script”.

Covid-19: Safety is a high priority. This course will follow public health regulations as prescribed by the government. The teaching space will be well ventilated. The wearing of face coverings is advised but optional. 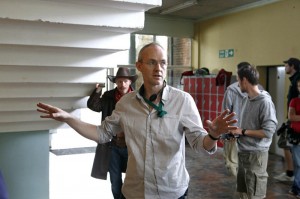 Simon “on Location” for TV Shoot

Simon has directed two one-hour episodes of the BBC Scotland show Rivercity, directed twenty three episodes (and written one) of the top rated children’s television series M.I.High for the BBC (made by the same company as Spooks) and five episodes of Hollyoaks for Channel 4.

Before television he wrote and directed a series of successful yet diverse shorts: The micro-budget, 6.6.04 attracted Completion Funding from the UK Film Council, premiered at the Edinburgh Film Festival, and was nominated for Best British Short at the British Independent Film Awards.

His short script Knit Your Own Karma won the First Film Foundation/Sci-Fi Channel Short Film competition from over 2000 entries. Described by jury member Terry Gilliam as “poetic and beautifully structured”, Simon directed it in May ‘01 and it played nationally in UCI cinemas in front of Planet of the Apes. At the Britspotting festival in Berlin that year, it won Best Short Film.

Amongst his earlier shorts, Same Dog…Whitewashed won Southern Arts’ David Altshul Award for creative excellence in film-making and the Halloween Society’s Audience Prize in London and Paris. Later, Uncle Gilbert and the Hurlo-Thrumbo was voted Best of Festival at Winterthur film festival and was sold for broadcast in the USA by PBS, in France by Canal+ and to Air Canada.
He is currently developing an original comedy series with Masses Entertainment.

It was good that it was so hands on. The course was great and fun as well! – L.L.

Camera familiarisation. PRACTICAL SHOOT EXERCISE. Each student takes a turn in the role of director or other crew members, and together they will shoot a scene. Simon will point out common pitfalls, encourage good practice, and give tips to save your bacon in the edit suite!
PLUS the script exercise will “change the way you look at every script”.

Early Booking – Book early to get 10% reduction on the full price course fee. See the date at top right of this page (usually two weeks before the course start date, but may vary).

Concessions – UK based Students, NHS workers and people on some means-tested benefits. Evidence is required, such as student card, NHS staff card or benefit letter.

All Film Oxford classroom-based courses are subsidised by Oxfordshire Adult Learning and are for Adults (18+). 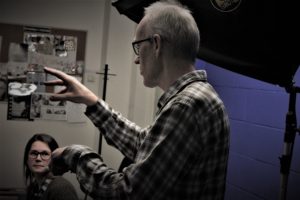 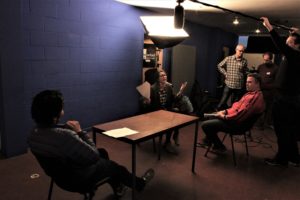 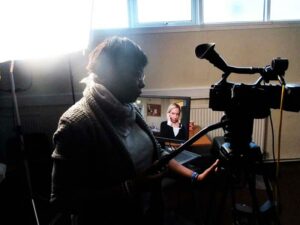 I attended the directing drama course recently and found it really good for my development as a filmmaker who is just starting off. I am currently a student, so have made a few short videos, but nothing yet sophisticated or cohesive or lengthy. I chose this course because I hoped it would offer someone like me the chance to get a grip of more in-depth and meaningful aspects of directing. It did not disappoint, and I strongly recommend this to anyone who has the basics of film making in place and is ready to start pushing themselves. It has everything you need and is such good value for money! It seems you don’t know what you are missing out on until you’ve tried it.

I was given enough room to push boundaries while still feeling like I had the support. For example, at no point did I feel as though I was in a classroom during our practical exercises. The other course participants all took their roles seriously which enabled us to work together as a team. This was perhaps one of the most important insights of the experience. Directing good drama rests on the importance of establishing clear communication. At first, I realized it was actually surprisingly hard to give your actor/member of crew precisely the right amount of information to get the effect you desired, and not too little, too much, or too vague comments with which to confuse them. The tutor was particularly helpful in his teaching which involved both practical ‘been there, done that’ analogies and a clear direction towards what we as a team were aiming to achieve. It was really good to have a tutor who was as experienced as he is and for me, this made the difference between an ordinary course and one which was filled with great insights and knowledge of what to expect when taking on the role of a director!