INTERNATIONAL WOMEN’S WEEK
A special screening of films made by women including the short completed on the Reel Women course at Film Oxford during International Women’s Week. A good chance to meet and network with women from the industry. All welcome.
Film Oxford, 54 Catherine Street OX43AH, 7.30-10pm. FREE 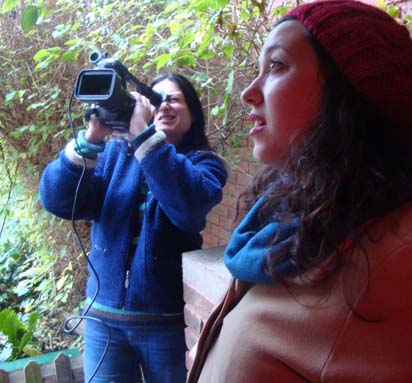 Film & Speakers
Premiere of new documentary film made by students of Reel Women course being made over the last two weeks, about Oxford’s current female Lord Mayor.
Two rap videos by  Suzy Prior featuring FlyVI and N-Zyme.
Kate Duffy, film oxford volunteer, written this new short drama “booty call” which has just been completed. Also read her blog– latest blog talks about her experience of the Reel Women course.
Zoe Broughton – Tarmageddon– Zoe is a Film Oxford Trustee, she has just completed this new documentary  investigating the tar sands oil extraction project in Alberta, Canada. The production follows 8 protesters as they head off to Canada to meet with the Beaver Lake Cree first nation who live right in the middle of the biggest industrial project on Earth. The documentary follows each of the students through their investigations documenting their experiences, thoughts and emotions on seeing the impacts of tar sands oil extraction. plus Q&A
Hannah Veale – Oxford-based video and TV producer with credits for National Geographic International, BBC1, Channel 4 and Discovery Channel and experience in educational and corporate film will be showing clips from her work with Q&A