In the last month there has been plenty of creative success for The Shadowlight Artists, a collective of digital artists supported by Film Oxford. Each artists has made a film under the banner of “Digital Lives”,  funded by The Arts Council Of England. 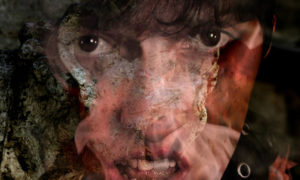 The films got get their premiere on 9th August 2012 at Modern Art Oxford. It was a very successful event with a full house. The event was equally inspiring, moving and hilarious. It got very good media, with Oxford Mail article and picture, live radio interview with Danny Smith & Mark Barber on Radio Oxford, and TV piece on BBC South news, with interviews and clips from the films.

Mark Barbers film, “Wake Up in a Dream” and Lucy Skuce “People & Power” had their films screened at the National Film Theatre at BFI in the Southbank on 1st September as part of a showcase of the best films from disabled filmmakers from the UK and internationally. The films were shown as part of the 3 day Liberty festival which ran along the Southbank and included, film, theatre, dance and art installations by disabled artists. Following on from this both films are also to be screened at the Abilities Festival in Toronto. 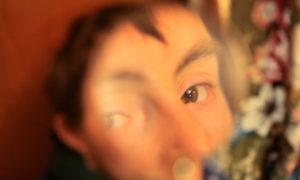 Mark’s film has also been screened at Oxford Dance Festival, OXDOX documentary festival, Reading Music Festival, and you will have a chance to catch it at the Old Fire Station Arts Centre in Oxford as part of “The Space We Live In” at 6pm on Saturday 29th September.

5 of the groups films are also going to be broadcast on the Community Channel later this year. The group are planning to present their work in a “Digital Marquee” at the Christmas Lights Night in Oxfiord on evening of  23rd November 2012 as well as an installation in Templars Square shooping Centre. 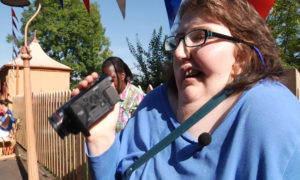