The Princess Bride, and Wake Up In a Dream, and The Cave

Rob Reiner’s classic 1987 fairytale with a healthy dose of tongue-in-cheek humour, The Princess Bride remains as fresh and as entertaining today as when it was first released.

The Princess Bride will have you rolling about with laughter and by the time it’s finished you’ll want to repeat the journey all over again.

Before the main feature, you are treated to a rare showing of a short film made by Mark Barber and Shadowlight Artists. Wake up in a Dream is about a man who is drawn into a world somewhere between dream and reality, fantasy and memory.

A mesmerizing, surreal and beautifully vivid dance film, it was devised by and stars Mark Barber, a member of the Shadowlight Artists, the Oxford-based organisation that works with learning disabled people. As part of the screening The Shadowlight Artists will also introducing the The Cave; a short film inspired by cave paintings and prehistoric peoples who used them as creative and scared spaces.

Get tickets from Pheonix here 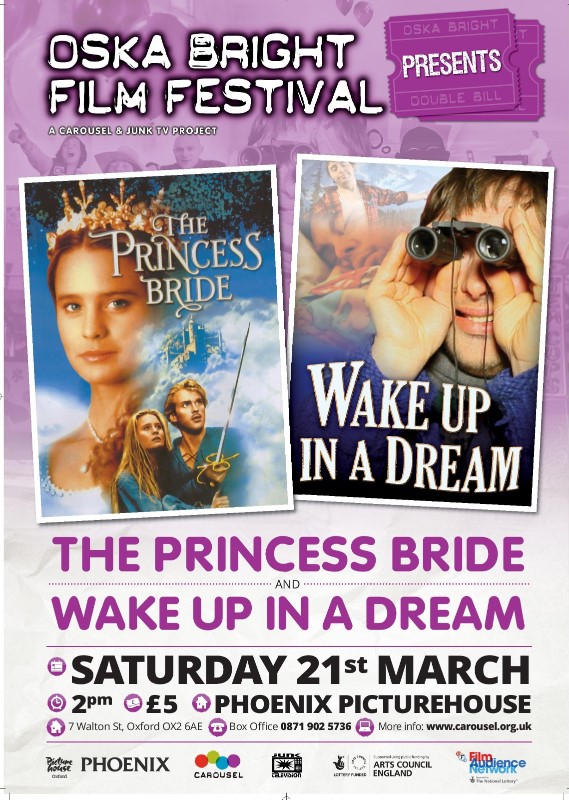