Blackmagic –  your first step into the Cinema

A one day course aimed at those interested in the cinematic qualities of the Black Magic Cinema and Pocket Camera. The course is designed to give an overview of the Camera and qualifying when it’s the right camera for the job.

There will be practical exercises so you will have a chance to get hands on with both the Cinema Camera and the Pocket Cinema Camera.

Blackmagic design is an Australian company that originally created a range of post-production equipment. The have moved in the last few years into camera equipment by producing 4k cinema cameras significantly cheaper than their rivals, bringing much excitement and anticipation to low budget film-makers around the world.

Who Course is aimed at:
Those who are interested learning about Blackmagic Cameras, including:

Participants should have a good understanding of pro-cameras such as pro HD Cameras, DSLR’s or other Cinema Cameras, gained either through training or experience of working on productions (e.g. Shorts or corporate videos)

Martyn Chalk runs ChalkStar Films Limited who produce Viral Adverts, Music Videos, Promotional Videos and broadcast content and are in the process of developing their first two feature films. Martyn, writes directs and DP’s for ChalkStar Films as well as working with numerous industry experts. Martyn has also worked on 4 feature films to date from camera dept to production supervisor. Drawn to the Black Magic Cinema Camera for it’s low budget cinematic qualities, Martyn has now used it and it’s little brother on many professional projects. 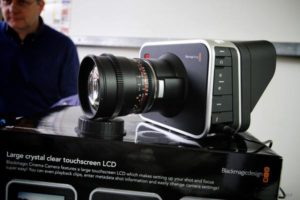 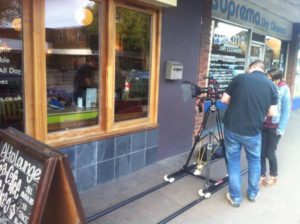