Film ONE presents an evening with director Guy Browning

Screening of Tortoise In Love followed by Q&A.

A truly unique feat in film-making. Tortoise In Love, a feel good rom-com about an incredibly slow mover in love, was produced by nearly an entire village!

When Guy Browning stood up in the town hall of his home town and asked ‘who wants to make a film?’ the response was resounding. 400 villagers volunteered to make it happen.

This was the start of how the sleepy village of Kingston Bagpuize was catapulted to stardom and became the subject of a feature that, complete with red carpet and tractor, was selected to be the first film to premiere in the newly re-opened Leicester square.

Come and watch Tortoise in Love before it hits cinemas and meet Guy Browning, the man who, armed with not much more than an idea and a lot of determination, brought a community together and made his idea into a reality. 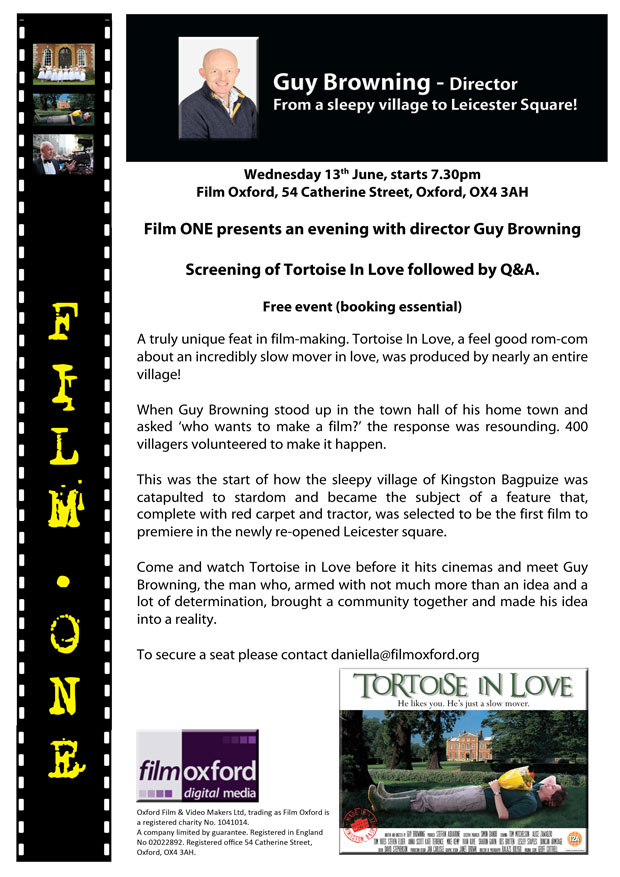