The BFI Film Academy 2013-14 is coming to Oxford! If you are 16-19 year old with a passion for film, and want to be part of our future film industry this maybe just what you are looking for.

Film Oxford has been chosen as one of just 38 delivery partners throughout the UK to deliver this exciting new Academy training for young people who want to work in film. Working closely with the BFI and their strategic partners, BAFTA, Creative Skillset and Pinewood studios, Film Oxford will deliver a unique programme of high quality training to 18 young people living in the region.

The Film Academy will take place between 19th October 2013 and 16th November 2013 (see further information for dates) and will include film production, film education, master classes from industry professionals as well as visits to a leading film school and Pinewood Studios. 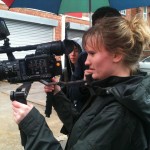 You’ll get the opportunity to roll up your sleeves and get stuck into production, developing skills in scripting, camera work, sound recording and editing. You’ll be rubbing shoulders with some of the industry’s leading talent as they inform and engage you about their work, as well as gaining insight from established industry practitioners. In addition there will be cinema screenings to develop an increased understanding of the history, theory and criticism of British and World Cinema.

Alongside the training, parcicipants will have the opportunity to gain a Silver Arts Award, a nationally recognised accreditation.

If you have a passion for film, whether it’s viewing, making or eager to know more about the industry and are aged 16 – 19, then this could be just what you are looking for. 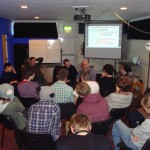 The course will be run in Oxford on Saturdays throughout October and November 2013, with an intensive week during the school half term.  It is important that you are available to attend all of the days. See link below for course dates and schedule.

If you have difficulty paying the course fee, don’t be put off as you will be able to indicate this once you are accepted on the course and this fee can be waived. Bursaries will also be made available for participants if you require  assistance with travel, child care or other costs.

Successful candidates will be informed by Thursday 10th October 2013.

If you require further information please contact Gary Shenton on 01865 792731 or email production@filmoxford.org