“12 in Box” Screening at Phoenix Cinema

On the 10th December at 8-30pm, the multi-award winning comedy feature film ’12 In A Box’ will be screening at the Phoenix Cinema in Oxford followed by a Q&A session with the director and producer.

The film, which co-stars an ensemble of UK comedy talent including Miranda Hart (‘Miranda’), Katy Wix (‘Not Going Out’, ‘Torchwood’) and Ken Collard (‘Cuckoo’, ‘Anna Karenina’), was shot on location in a large country mansion in Oxfordshire and produced by local Kirtlington resident Bruce Windwood. Bruce also teaches on Film Oxford’s Film Producing on a microbudget course 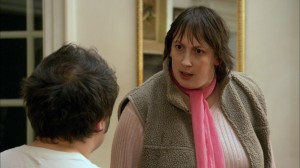 At a school reunion dinner in a remote country mansion, a dozen people are offered the chance to collect a million pounds each. The only catch is that they must all remain on the estate, cut-off from the outside world, for 96 hours. As events soon begin to conspire against them, can they stay united – or will they turn on each other and lose the cash?

12 In A Box is a tightly orchestrated comedy that barely pauses for breath as it heads towards a ‘Will-they-or-won’t-they-succeed?’ climax. With deaths, sexual intrigue, kidnapping and spiralling levels of farce and confusion, the film follows in the best traditions of classic English comedy.

’12 In A Box’ has previously won international awards in Los Angeles & Boston in the US, as well as winning the audience award at the prestigious Zurich Film Festival, where it was described by the Jury President, Albert Ruddy – twice Oscar winning producer of ‘The Godfather’ – as “One of the best British comedies I’ve ever seen, with a brilliant ending.”
At the ‘Orange Open Air Film Festival’ in Switzerland, the film played to a sell-out audience of 2000.

The film has been distributed in Australia/N.Z. via Mel Gibson’s company ‘Icon’ and been bought by HBO for Central Europe. For it’s US cinema release, the film picked up great reviews from both the Los Angeles Times and The Hollywood Reporter: the former describing the film as “Genuinely funny … It’s jolly good fun,’’ with the latter declaring that it “contains enough plot twists and turns to keep you laughing and on the edge of your seat until the film’s final moments”.