The Big Shock, a new play by Russell Highsmith 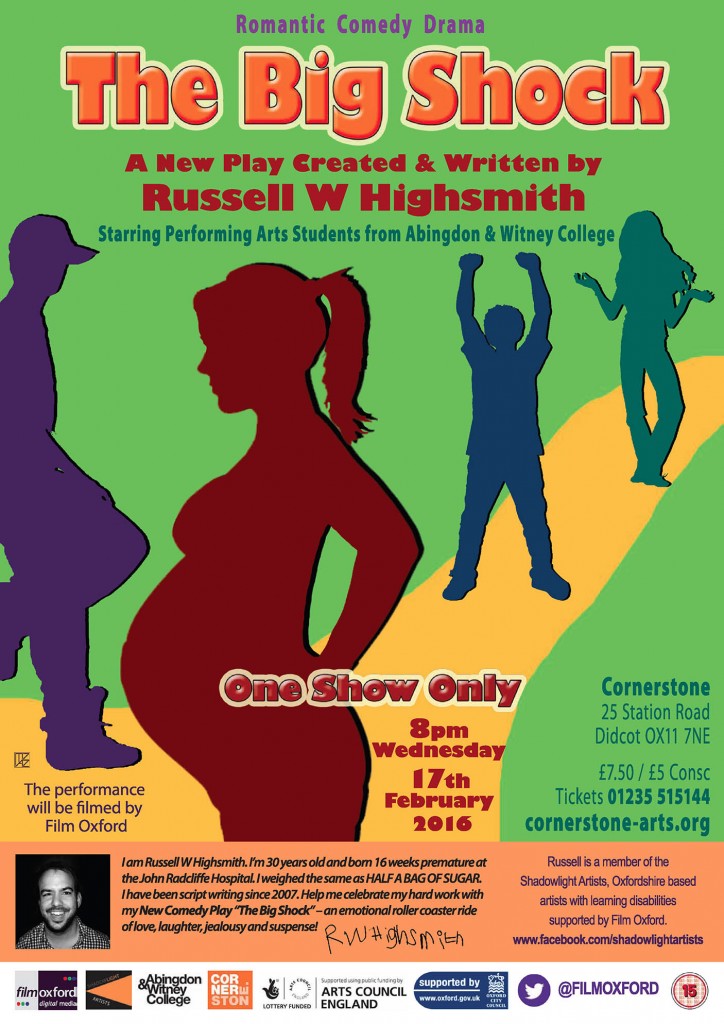 The Big Shock, a new play by Russell Highsmith

After a night of celebration, Lucy and William’s relationship starts to unravel.  Especially because Abbey is lurking with her own plans.  All of which leaves Luke kind of on the sidelines.  Or maybe not.  Torrid and turbulent times in Abingdon.

The first play written & created, and put on at a theatre, by a person with a learning disability** 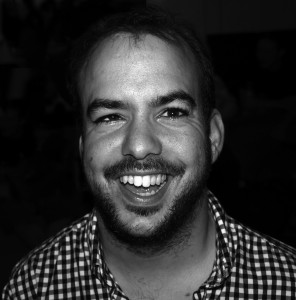 I am Russell W Highsmith. I’m 30 years old and born 16 weeks premature at the John Radcliffe Hospital. I weighed the same as HALF A BAG OF SUGAR.

I have been script writing since 2007. Help me celebrate my hard work with my New Comedy Play “The Big Shock” – an emotional roller coaster ride – love, laughter, jealousy and suspense!

Russell is a member of the Shadowlight Artists; Oxfordshire based artists with learning disabilities supported by Film Oxford. He is working with Theatre Director and Playwright Mark Ralph-Bowman, who is also a Film Oxford trustee, to put on this play.

The Shadowlight Artists work in a variety of media, including painting, writing and photography, but with a shared interest in digital moving image. Their work is personal, moving and at times challenging. Over the last 6 years the groups digital films have been shown at Galleries (including Modern Art Oxford), at large public events, on the internet, on National TV, at Local, National and International Film Festivals and at the National Film Theatre and Southbank Centre in London.

The Shadowlight Artists have just embarked on a new project called “Creative Bridges”, which is supported using public funding by the National Lottery through the Arts Council of England, alongside support from Oxford City Council. Creative Bridges will allow each of the Shadowlight Artists to recruit and work with professional artists in order to boost their creativity and skills by producing new work for exhibition at Cornerstone in Didcot during July & August 2016. Creative oversight for the project comes from professional artist Chris Oakley, who has exhibited all over the world including Berlin, Los Angeles and Moscow

Sara Gill – Policewoman and other roles

Connor Wilkinson – Paramedic and other roles

“The Big Shock is a comedy drama that touches on real-life issues and includes a few twists. This has been a really exciting project and it’s just the beginning for me as a scriptwriter. I hope this helps show others with learning disabilities that they can follow their dreams as I have.”

“Last year Film Oxford managed to get funding for some projects for the Shadowlight Artists (of which I am one), I’d already finished writing the original script at the end of 2014. Mark Ralph-Bowman, Oxfordshire based playwright was brought in to work with me to adapt my script for a stage production”.

“ALL the drama students from Abingdon & Witney College were very keen to take part in my stage play, which I couldn’t believe. Film Oxford contacted The Cornerstone in Didcot and arranged for my play to be shown there. We’ve had a really good time in rehearsals, with lots of laughs.”

“This is my Great Grandmother dressed for the stage. Her name was Josephine Laura Fanny Highsmith and her stage name was Morcashani (she was also known as La Belle Creole), so Theatre is in my blood” 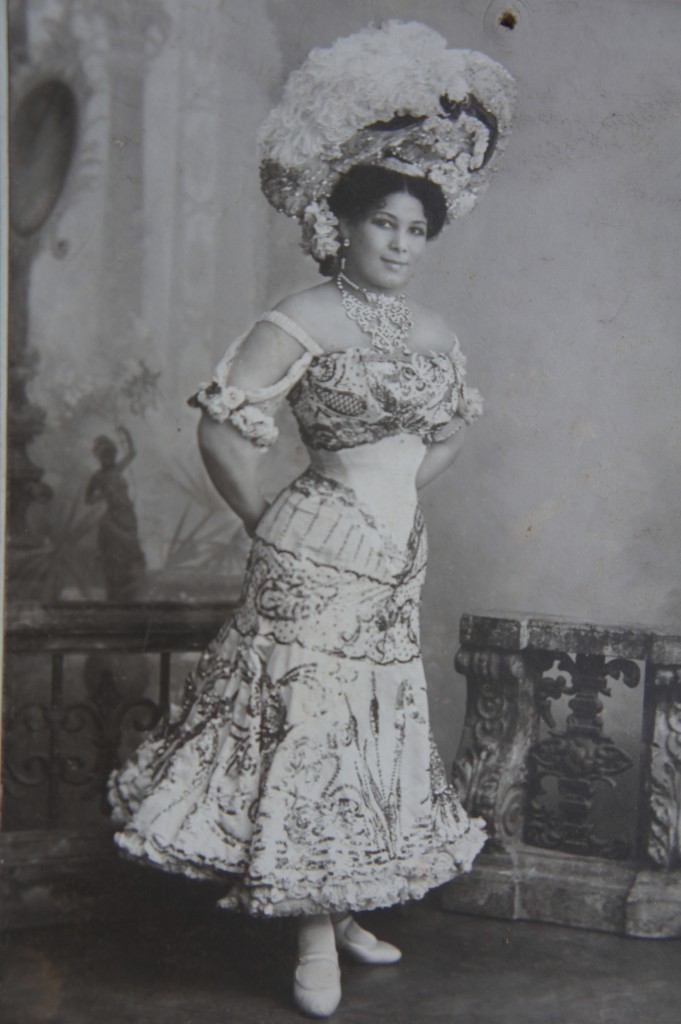 ** We have done our best to verify this by contacting many groups and individuals working in the arts & learning disability, and by internet searches. No other example was found.